COVID-19 Update: TN Courts are open; see how we are serving and protecting our clients and answers to other FAQ.
Voted One of the
Best Attorneys in Nashville
Contact Us
Home
Articles
Spousal Support
Alimony Forever. Not so Fast According to the TN Court of Appeals

Alimony Forever. Not so Fast According to the TN Court of Appeals 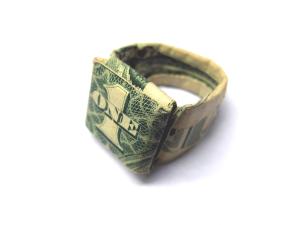 Divorce is hard on everyone but especially in contested divorces. In a lot of high asset contested divorce cases there is one person who feels that now that they are going to be living separately he or she will need more money to live on then what they are currently making on their own, or in some cases a spouse will claim that they can not work at all for one reason or another so the other spouse will need to support them forever. This type of alimony is considered in Tennessee as alimony in futuro, which is alimony forever until the person dies or remarries but this type of alimony it can also be terminated or modified often if the parties incomes change or circumstances change, such as health conditions change.

In the action Willenberg vs Willenberg the Chancery Court of Williamson Co Tennessee ruled that the Wife was incapable of rehabilitation and the award of alimony in futuro. The Husband appealed but also the Wife appealed contending that the award of alimony in futuro was too low, and that the court refused to designate her as the custodian for their son’s college account. The Tennessee Court of Appeals at Nashville reverse the Williamson County court’s ruling that Wife is incapable of rehabilitation and its award of alimony in futuro, and remand the case back to the trial court for further proceedings. The Husband contended that the Wife made no effort to find a position. At the trial the Wife testified that she had a decree in public management, which qualified her for several governmental jobs; that she possessed skills in Excel and Word; had no physical limitations and had investigated a two-year accounting certificate program which would cost her between $16,000 to $18,000 to obtain but would then would raise her from $39,000 per year to “about 45 or 50.” From this testimony the Court of Appeals determined that the Wife could be rehabilitated and achieve a higher income in the future such that long term support from the Husband would not be necessary, and therefore, reversed the Williamson County divorce court.

The facts of a case greatly can change the outcome of the case which is why you should always be represented by an attorney who practices family law primarily. In the Nashville, TN area the law office of Widrig Law PLLC focuses on family law matters such as contested divorce cases and uncontested divorce cases so give them a call for a consultation about your case. The divorce attorneys at Widrig Law can go over the factors which are outlined in Tennessee Code Annotated 36-5-121(i) with you in order for you to understand what the court will be looking at when the court decides if alimony is appropriate in your case or not. Call 615-417-7800 to schedule your appointment.