COVID-19 Update: TN Courts are open; see how we are serving and protecting our clients and answers to other FAQ.
Voted One of the
Best Attorneys in Nashville
Contact Us
Home
Articles
Appellate Court Affirms Trial Court’s Decision Allowing Mother Maintain Custody Of Her Child 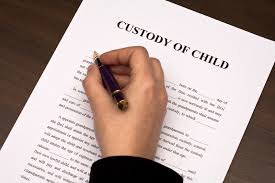 In Tennessee, child custody laws make sure that custody is determined in the child’s best interests. In making a custody determination, there are certain factors that are taken into consideration by the court. Some of these are:

The facts of In Re Caleb B. are Shane B. (Father) and Amanda M. (Mother) are the parents of Caleb B. (Child) Although Mother and Father were married, they lived together briefly prior to Caleb’s birth. Sometime before Mother and Father began living together, Father was arrested and pled guilty to possession of cocaine for resale. He received an eight year community corrections sentence. Following Child’s birth, Father was arrested once again and convicted of selling ecstasy. After his conviction, Father was incarcerated. Upon his release, he was placed back on community corrections for the remainder of the eight year sentence.

Child spent most of his life in the shared custody of Mother and Angie M. maternal (Grandmother). Following his birth, Mother and Child returned from the hospital to live with Grandmother. According to Grandmother, Mother’s living situation following Child’s birth was unstable. She lived a party lifestyle, and much of the responsibility for raising Child fell upon Grandmother.

After a brief failed marriage with another man, Mother moved back in with Grandmother and entered an agreed order providing for grandparent visitation. Mother also entered into an agreement granting Grandmother the power to make decisions over Child’s medical care and education should Mother be unavailable.

Throughout this time period, Father had little or no contact with Child. Father testified it was because of his incarceration and because Mother and her family discouraged any contact. Father stayed current with his child support obligations and covered all arrearages before that time by sending checks to Mother. Father subsequently filed a “Petition to Change Custody” seeking to be designated as Child’s primary residential parent and alleging, among other things, that Mother was subjecting Child to substandard living conditions and abusing prescription pain pills. While awaiting further proceedings, Father was arrested again and charged with being a felon in possession of firearms and selling synthetic marijuana.

While the custody proceedings were pending, Mother and Father reconciled and resumed living together. Upon learning of the couple’s reconciliation, Grandmother responded by filing a petition to intervene for custody of Child. Grandmother also sought a temporary restraining order granting her custody pending the outcome of the current proceedings. The trial court granted Grandmother’s motion to intervene and entered a restraining order.

The trial court conducted two hearings to determine whether custody should be granted to Mother and Father or Grandmother. When asked what kind of potential danger Child would face if left in Mother’s custody, Grandmother answered, “he’s not in any danger except for maybe who she’s with Shane.” In a report issued by Child’s Guardian Ad Litem, she recommended that Child be allowed to live with Mother and Father. Because this was a custody dispute between a non-parent and parents, the court found that Grandmother must make a showing that each of the parents posed a risk of substantial harm to the Child through clear and convincing evidence in order for her to receive custody of Child.

Even considering the Father’s criminal history and pending charges there is no evidence that the child will be exposed to substantial harm if placed in the custody of [Mother]. No doubt that [Mother] has not exercised the best judgment, that is leaving the child with [Grandmother] for nine years so she can carry on a single life. It does appear that [Mother] has matured and is more stable in her life. She has lived with [Father] for over 18 months. She has made an adjustment in life. She has had another child, which is Caleb’s younger sibling.

As to Grandmother, the court recognized that she had formed a significant relationship with Child and awarded her visitation. Grandmother appealed contending that the trial court erred in awarding Mother custody of Child where it found that Father posed a substantial risk of harm to the child and Mother and Father were residing together.

The trial court considered Father’s criminal background in determining that Mother did not pose a substantial risk of harm to Caleb. The court explicitly stated that “even considering [Father‟s] criminal history and pending charges, there is no evidence that the child will be exposed to substantial harm if placed in the custody of [Mother].” In making this statement, the court seems to have credited Mother’s testimony that she would take her children and leave if Father were to endanger them by engaging in illegal behavior. In support of its decision, the court also found that Mother had matured significantly between Caleb’s birth and the time of the hearing and had made adjustments in her life.

The facts, both as found by the trial court and as shown by the record, do not clearly and convincingly establish that Mother poses a risk of substantial harm to the child. Nothing in the record before us suggests that the trial court abused its discretion in crediting Mother’s testimony…. Although Grandmother was apparently instrumental in Caleb’s upbringing, such a circumstance does not warrant removing the child from Mother’s custody.

If a family member attempts to gain custody of your biological child claiming you aren’t a fit parent, you should seek the services of an experienced family law attorney. Contact Jim Widrig or any of the attorneys at Widrig Law, PLLC to schedule a consultation. Our phone number is 615-417-7800