COVID-19 Update: TN Courts are open; see how we are serving and protecting our clients and answers to other FAQ.
Voted One of the
Best Attorneys in Nashville
Contact Us
Home
Articles
Appellate Court Reverses Lower Court Decision Allowing 65 Year Old Retiree Relief From Alimony 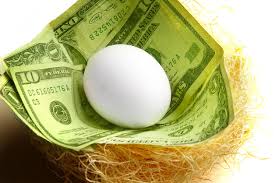 As written about in prior blogs, alimony in Tennessee is a legal obligation ruled upon by a court that mandates monthly monetary payment from one former spouse to the other. Many states refer to this as spousal support or spousal maintenance. Also explored previously are the four types of alimony: alimony in futuro (also called periodic alimony), transitional alimony, rehabilitative alimony, and alimony in solido (also called lump-sum alimony). The type of alimony dictates whether the award may be modified after the divorce and under what circumstances the alimony obligation terminates.

In A.C. Odom v. J.B. Odom, (Husband) A.C. and (Wife) J.B. got married in 1970 and then over three decades later divorced in 2007. A trial court divided their marital estate roughly equally, and required Husband to pay Wife alimony in futuro in the amount of $10,000 per month. In August 2012, Husband filed a petition to terminate alimony. Husband’s pending retirement from the practice of orthopedic surgery was his basis for his request for relief from alimony payments. This case was tried in May 2014.

Husband was 65 at the time of trial, and had remarried since the divorce. Husband stopped performing surgery in August 2012. Husband retired officially as of December 2012 at age 64 after 35 years of surgical practice. Husband was an orthopedic surgeon. Husband testified that he began having physical problems with his left arm at the end of 2011. Husband had difficulty gripping and feeling things. Husband also testified that he had suffered from Raynaud’s disease, a disease that prevents blood from flowing into the far digits causing numbness. Husband, however, attributed his more recent problems to a disc in his neck associated with the time he had broken his neck. Husband additionally testified that he did not know of many orthopedic surgeons practicing beyond the age of 64. He stated that his retirement was in no way motivated by a desire to cut off Wife’s alimony.

Husband had enjoyed a high income from his surgical practice, sometimes earning upwards of $500,000 or more. The parties stipulated that they both had a substantially similar net worth of about $3,700,000 each. Husband then proceeded to describe some of the rental property he is involved in. Husband testified that his net investment income in 2013 was $19,439.23. Husband stated that he was going to draw Social Security at age 66 from November 2014 in the amount of $2,641 per month. Husband testified to a monthly mortgage bill on his house of $3,137.01 that he would pay off in eight to ten years. Husband asserted his current total monthly expenses were $22,348.41, including the $10,000 alimony obligation to Wife. Husband’s current wife received a pension of about $150 per month.

On cross-examination, Wife was questioned about her expenses since the divorce. Wife acknowledged her clothing expense had, on average, tripled. Wife testified that she had increased her tithe-giving to a bit more than $1,000 per month. Wife, now with grandchildren as well as daughters-in-law, had tripled her gift-giving. Wife also testified to overpaying certain bills such as gas. When questioned about these expenses, Wife testified: “I am asking [Husband] to pay what is fair after 38 years of marriage and after his having the affair, not me.” Wife described her retirement funds as a “nest egg.” Wife acknowledged that the approximately $3,000,000 she held in combined liquid assets was enough to support her.

The parties were divorced after 38 years of marriage pursuant to a Memorandum Opinion entered by this Court on June 7, 2007. In the June 7, 2007 Memorandum Opinion, the Court ordered the plaintiff to pay periodic alimony to the defendant in the amount of $10,000 per month. At the 2014 hearing, the parties had substantially equal net worth, which was stipulated.

In December 2012, Plaintiff retired from practicing medicine at the age of 64. The plaintiff has had health problems with his hands and stated that those problems interfered with his ability to work. Plaintiff alleges that this forced retirement is the reason he has petitioned the Court to terminate or substantially reduce his alimony obligation. Testimony reflects, however, that the problems Plaintiff experienced with his hands did not become severe until April 2013, after he chose to retire.

After hearing the parties’ testimony and reviewing all relevant documents in the case, the Court finds that there has not been a substantial or material change in circumstances pursuant to Tennessee Code Annotated Section 35-5-121. Therefore, the plaintiff’s Motion to Terminate Alimony Obligation is DENIED.

Husband appealed to The Court Of Appeals Of Tennessee At Knoxville raising two issues on appeal:

The Appellate Court found Husband’s retirement to be objectively reasonable, that his retirement indeed constituted a substantial and material change in circumstances, and that Wife was no longer economically disadvantaged relative to Husband. Accordingly, the Court reversed the trial court’s decision and terminated Husband’s alimony obligation to his former Wife.

If you are involved in an alimony dispute with your former spouse, you should seek the services of an experienced family law attorney. Contact Jim Widrig or any of the attorneys at Widrig Law, PLLC to schedule a consultation. Our phone number is 615-417-7800.