COVID-19 Update: TN Courts are open; see how we are serving and protecting our clients and answers to other FAQ.
Voted One of the
Best Attorneys in Nashville
Contact Us
Home
Articles
Balancing the Division of Liquid and Illiquid Assets During Divorce

Balancing the Division of Liquid and Illiquid Assets During Divorce 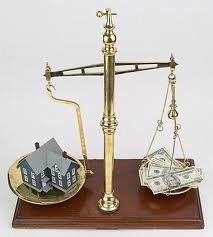 An April 2014 article in the Wall Street Journal titled “Don’t Let Divorce Leave You Illiquid” examined what a family financial advisor says can be one of the biggest financial mistakes made during a typical divorce. The mistake has to do with the division of assets and the propensity for one spouse to be left with large but illiquid assets.

What are Liquid and Illiquid Assets?

Liquid assets are those that can most quickly be converted into cash with minimal to no impact on the actual cash received upon conversion. Liquid assets are generally regarded on par with cash because their worth are relatively stable when they are sold on the open market. Examples of liquid assets are checking and savings accounts, most stocks, money market instruments, some retirement accounts, and government bonds.

Conversely, Illiquid assets are defined as the state of a security or other asset that cannot easily be sold or exchanged for cash without a substantial loss in value. The very nature of an illiquid asset prohibits it from being sold quickly because of a lack of ready and willing investors or speculators interested in immediate purchase. The lack of ready buyers also leads to larger discrepancies between the asking price from the seller and the bidding price from a buyer than would be found in an orderly market with daily trading activity. Examples of illiquid assets include houses, cars, antiques, private company interests and some types of debt instruments.

How Does One get Left With a Large Illiquid Asset?

The most common example of a person post divorce being left with an illiquid asset is the party’s former marital residence. Given the large value of any standard house, it is often the case that after one party gets the house while the other party gets an equivalent (or somewhat equivalent) share of other assets (retirement accounts, stocks, bonds, etc.) there are few other assets left to divide. For example, a Wife who walks away from the divorce with a $250,000 home will likely hand over an equivalent ( or somewhat equivalent) amount in other assets to her Husband or have to buy out his share of the home in some other way.

So What’s the Problem With Illiquidity?

The Wall Street Journal article explains that while it can feel like a victory to walk away with the marital home or a small business, the problem is that should current circumstances change, the party who receives only a large illiquid asset could find him or herself in a precarious financial position if he or she has little access to hard currency. For example, if a woman decides she wants to keep the house but fails to negotiate any liquid assets and then loses her job, experiences a delay in receiving alimony payments, or encounters an expensive repair, it can leave her stranded with few resources to cover her normal everyday expenses. In these cases, being illiquid could result in a costly fire sale of assets, with desperate sellers willing to take steep reductions in the value of his or her goods just to get some critical cash to cover the unforeseen hardship.

Given the potential for problems that can result from negotiating only for large illiquid assets during the process of your divorce, it is critical to weigh your options carefully and develop a more equitable, balanced approach including liquid and illiquid assets. In structuring a desired favorable outcome, it is imperative you seek the services of an experienced, competent family law attorney. Contact attorney Jim Widrig or any of the attorneys at Widrig Law PLLC to schedule a consultation.