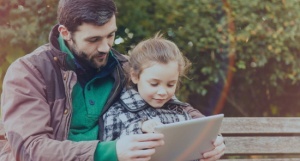 As visited in other cases reviewed, in order to modify a permanent parenting plan to change the primary residential parent (i.e. custody), Tennessee courts apply a two-part analysis. First, the court determines if a material change of circumstances has occurred since the prior court order. Second, the court applies the ‘best interest of the child’ factors laid out under Tennessee Code Annotated 36-6-101.

The facts of Frederick Zahn v. Margaret Zahn Logan are Frederick Zahn (Father) and Margaret Zahn (Mother) were divorced pursuant to a decree in Williamson County Chancery Court. The order incorporated a marital dissolution agreement (MDA) and a permanent parenting plan concerning their only Child. Under the terms of their permanent parenting plan, Mother was designated the primary residential parent, with 265 days of parenting time and Father had 100 days of parenting time. Father had parenting time every other weekend and every Tuesday evening as well as summer and holiday time. Father’s child support obligation was $1,284.00 per month. The parties later entered into an agreed order modifying Father’s child support obligation to $1,659.00 per month and addressing some communication issues.

Father subsequently filed a petition to modify the permanent parenting plan and for civil contempt alleging that there had been a material change in circumstances alleging Child had missed an unreasonable amount of school, Mother had exhibited irrational and unreasonable behavior and Mother was not able to meet Child’s basic needs claiming Child was “frequently dirty with a foul smell.” Father further alleged that Mother willfully vacated the provision of the permanent parenting plan requiring both parents to be “free of unwarranted derogatory remarks made about the other parent or his or her family by the other parent to the child or in the presence of the child.”

The trial court concluded that there had been a material change of circumstance specifically noting that Mother’s “behavior has really been inappropriate in a lot of ways.” The trial court then proceeded to analyze all the statutory factors pertinent to the best interests of the child set forth in Tennessee Code Annotated 36-6-106(a)

After considering all of these factors, the court stated:

I cannot get past the conclusion that we have a child that’s thriving. And it is remarkable that he is thriving, given the findings that I have made concerning the difficulties that surround him. But the unrefuted testimony is that he is thriving. And I’m really reluctant to disturb that. So while I have found that there’s been a substantial and material change of circumstance since the entry of the final decree, I do not find it to be in the best interest of Quinn to change custody.

Thusly the trial court denied Father’s petition to modify the permanent parenting plan based upon its finding that it was not in the child’s best interest to change custody.

Father appealed to The Court of Appeals At Nashville asserting that the trial court erred in the following:

On review the Court stated, like the trial court, it too was troubled by Mother’s conduct, but the Court could not find compelling evidence when applying the statutory best interest of the Child factors. Accordingly, the judgment of the trial court was affirmed and Mother remained Child’s primary residential parent.

There are many small details that can change the outcome of a case. If you are the primary residential parent and your former spouse is alleging a material change of circumstances, you should seek the services of an experienced family law attorney. Contact Jim Widrig or any of the attorneys at Widrig Law, PLLC to schedule a consultation. Our phone number is 615-417-7800.