COVID-19 Update: TN Courts are open; see how we are serving and protecting our clients and answers to other FAQ.
Voted One of the
Best Attorneys in Nashville
Contact Us
Home
Articles
Is Lump Sum Money That has Been Awarded to One Party Considered Marital Property?

Is Lump Sum Money That has Been Awarded to One Party Considered Marital Property? 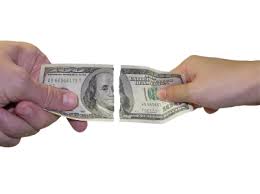 Transmutation of marital property is a means by which property loses its original character over the course of a marriage. An example of transmutation is when married couples purchase property with separate funds but title it jointly. Transmutation may also occur by placing separate property in the names of both spouses pursuant to Tennessee Code Annotated 36-4-121.

Cathy C. Phipps V. William Phipps is a case involving the transmutation of property the facts of which being William Phipps (Husband) and Cathy Phipps (Wife) were married in March 1973. Two children were born of the marriage, while a third child was adopted. In January 2012, Wife sought a divorce after nearly 39 years of marriage. Prior to their marriage, Husband served in the Vietnam War. A few months before the Wife filed for divorce, Husband received a $125,399 lump sum benefit from the Department of Veterans Affairs (VA) awarded as a result of his exposure to Agent Orange during his service in Vietnam . The award letter stated that a portion of the retroactive benefits was attributable to the Husband’s marriage status. The benefits were automatically deposited into the couple’s joint checking account. However, Husband and Wife later purchased a certificate of deposit in the amount of $110,000.

Husband testified at trial that he purchased a certificate of deposit with Wife because he wanted her to receive the benefits when he died. He explained that he thought he was dying on more than one occasion when his health drastically deteriorated in 2011. He acknowledged that the way in which they purchased the certificate of deposit allowed Wife equal access to the money. Following the presentation of the evidence, the trial court granted the request for divorce classifying the $110,000 certificate of deposit as marital property as a result of transmutation and thusly divided the CD between Husband and Wife.

Husband appealed the trial court’s ruling arguing that his VA benefits were not subject to division because they were never transmuted into marital property. He explained that he purchased a certificate of deposit with the VA funds solely to ensure that the funds would transfer to Wife in the event of his death. He noted that he did not transfer the amount that was attributable to his Wife because he sought to separate his benefits from Wife’s portion. Wife responded that Husband failed to present evidence indicating an intent that the property should remain separate when the property was used to purchase a joint certificate of deposit that allowed her equal access.

Because Tennessee is a “dual property” state, again pursuant to Tennessee Code Annotated 36-4-121, a trial court must identify all of the assets possessed by the divorcing parties as either separate or marital property before dividing the marital estate. In other words, separate property is not part of the marital estate and is therefore not subject to division but a marital assets is subject to division.

In rendering its judgement, the Court of Appeals at Knoxville reasoned:

As such, the appellate Court affirmed the trial court’s ruling that the $110,000 certificate of deposit had indeed been transmuted and was marital property.

If you are going through a divorce, making equitable decisions as it relates to your assets and marital property should be top of mind. Contact attorney Jim Widrig or any of the attorneys at Widrig Law PLLC to schedule a consultation. Our phone number is 615-417-7800.