COVID-19 Update: TN Courts are open; see how we are serving and protecting our clients and answers to other FAQ.
Voted One of the
Best Attorneys in Nashville
Contact Us
Home
Articles
Nashville Opens Center for Domestic Violence Victims and Domestic Violence Court 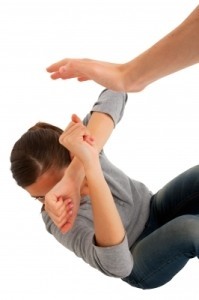 Nashville Mayor Karl Dean on Thursday, September 25, 2014 helped cut the ribbon for the Jean Crowe Advocacy Center in Nashville. The Advocacy Center was named after Jean Crowe who was a longtime attorney with Legal Aid Society of Middle Tennessee and the Cumberlands who fought divorce cases, child custody matters, child support collection matters, Order of Protection cases and many other legal matters in the Nashville area. Jean Crowe was also involved in the founding of both the Domestic Violence Death Review Team and the Nashville Coalition Against Domestic Violence.

The facility, located in the Ben West Building, which is located at the Nashville courts complex and it attached to the Justice A.A. Birch Building. The Advocacy Center is a family justice center that will be a place where domestic violence victims can get legal and other assistance as they go through the Davidson County court systems. Recommendations were made in a 2013 Domestic Violence Safety and Accountability Assessment, for Nashville to have a place where victims of domestic violence could turn for help. It is intended to be a safe place for victims to go on their court dates while waiting for their cases to be heard in order to avoid contact with alleged offenders. While at the Advocacy Center victims of domestic violence can discuss their case with trained advocates who will also provide assistance with obtaining and completing order of protection petitions and Advocates who can also connect victims with other resources. Victims can also use computers in the Advocacy Center to safely check emails and to apply for jobs. The Advocacy Center also has a children’s play area; if the victims have to bring their children with them to court.

Also Davidson County will now have a General Sessions Court dedicated to dealing with Domestic Violence. Currently, domestic violence cases are heard in seven (7) different courtrooms, and domestic violence jail dockets are heard by all eleven (11) General Sessions judges but now three (3) General Sessions judges will rotate every four (4) months to hear cases in Domestic Violence Court. Moreover, the courtroom will be reconfigured so now the victims do not have to stand beside their alleged offender , but rather victims and offenders will be seated at separate tables on opposite sides of the courtroom.

An Order of Protection is a restraining order available only for Domestic Abuse victims described in Tennessee Code Annotated 36-3-601. In other words there needs to be some “relationship” between the victim and the defendant and an Order of Protection cannot be taken against just anyone. In Davidson County, a petitioner (aka the victim) applies for an Order of Protection at the Night Court. The Night Court is called “Night Court” but it also open during the daytime. However, if you wish to obtain a restraining order against someone and you are not a victim of domestic abuse or do not have a “relationship” with the person (such as a current or former spouse; a person who live together or have lived together; dated or had a sexual relationship, a person related by blood, adoption, or formerly related by blood or marriage; or an adult or minor child of a person in a relationship that is described above.) then you should contact Widrig Law PLLC for a consultation. Just call us at 615-417-7800.