COVID-19 Update: TN Courts are open; see how we are serving and protecting our clients and answers to other FAQ.
Voted One of the
Best Attorneys in Nashville
Contact Us
Home
Articles
Tennessee Appellate Court Finds no Duress Effecting the Signing of Marital Dissolution Agreement 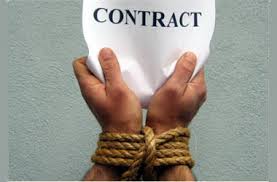 Duress is defined as the pressure exerted upon a person to coerce that person into performing an act that he or she ordinarily would not. Duress is distinguishable from “undue influence”, a concept employed often in the law of wills, involving a fiduciary who occupies a position of trust and confidence in regard to the creator of will.

Duress exists where a person is coerced by the wrongful conduct or threat of another to enter into a contract under circumstances that deprive the individual of his or her free will. When determining whether a party experiences duress, the court considers age, sex, intelligence, experience and force of will of the party, the nature of the act and all the relevant circumstances.

At the hearing, Wife alleged she was under duress when she signed the agreements. Wife claimed financial and emotional pressure by virtue of the marital home being sold and Wife having less than one month to move out and find a new place to live. Wife was also unemployed and claimed to be distraught by lack of income. Lastly, Wife claimed Husband told her “if she ever had any hope of reconciliation or continuing a relationship, she had to reach an agreement” the day they signed the MDA and parenting plan.

The trial court concluded that Wife was not under duress when she entered into the settlement agreement and MDA, and that the MDA was a valid contract. Thusly, The trial court entered a judgment of divorce approving the MDA and parenting plan. Additionally, the MDA contained a provision requiring an award of attorney’s fees to the prevailing party in an action to enforce the MDA. Pursuant to this provision, the trial court ordered Wife to pay $32,883.80 to Husband for his attorney’s fees.

Wife appealed the trial court’s decision to The Court of Appeals of Tennessee at Knoxville raising the following issues:

Upon review of the trial court’s record, the Appellate Court concluded:

Additionally, the record does not indicate that the disparity between Husband’s and Wife’s incomes was sufficient to constitute legal duress. Although Wife’s financial situation at the settlement conference certainly could have created a sense of urgency, the pressure was not wrongfully created by Husband to overcome Wife’s will. The record indicates that at the time she signed the MDA, Wife was willing to accept a lower financial settlement in order to avoid extensive divorce proceedings. Her decision to enter into the MDA was a voluntary and calculated one, not one made under improper pressure. Perhaps most importantly, Wife was represented by independent counsel who was capable of explaining the terms of the contract to her.

Accordingly, the Appellate Court affirmed the trial court’s judgment concluding that Wife’s attempted rescission of the MDA was a breach of contract and awarded Husband $32,883.80 in attorney’s fees and expenses.

If you have entered into an MDA and your former spouse attempts to rescind the contract claiming he or she signed it under duress, you should to have the peace of mind knowing you have an experienced family law attorney representing you. Also if you are considering rescinding a MDA then contact Attorney Jim Widrig or any of the attorneys at Widrig Law PLLC to schedule a consultation. Our phone number is 615-417-7800.