COVID-19 Update: TN Courts are open; see how we are serving and protecting our clients and answers to other FAQ.
Voted One of the
Best Attorneys in Nashville
Contact Us
Home
Articles
Tennessee Appellate Court Vacates Juvenile Court Decision Due to Absence of Best Interest Analysis 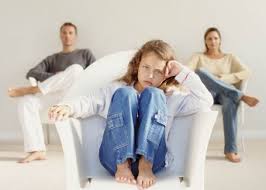 In order to modify a permanent parenting plan to change the primary residential parent (i.e. custody), Tennessee courts must apply a two-part analysis: The courts must first determine if a material change of circumstances has occurred since the prior court order and then the court applies the ‘best interest’ factors laid out under Tennessee Code Annotated 36-6-101(a)(2)(B). As to what constitutes a material change of circumstance in the context of a custody change:

The Appellate Court did find that there was a material change in the circumstances of the children because of the Mother’s deceit, the Mother’s occupation as a prostitute, and the Mother’s hostility toward Father and his wife. However, the Court found no best interest analysis from the Juvenile Court. The Court went on to state the following:

“Without such best interest findings and conclusions, this court is left to wonder on what basis the court reached its ultimate decision. In this case, the trial court failed to make any findings regarding the best interest of the child. Best interests, however, is the paramount consideration, the pole star, the alpha and omega, of any child custody determination. Without findings indicating that the trial court made a best interest analysis in refusing to allow the child to relocate with Father and subsequently awarding custody, and the majority of parenting time, to Mother, the trial court did not apply the correct legal standards to the evidence found in the record.”

Accordingly, the Court vacated the Juvenile Court’s judgment and remanded this case for the Juvenile Court to enter a permanent parenting plan after considering all relevant factors and making a best interest analysis. The Court declined to render any decision regarding whether the Juvenile Court erred in finding a material change in circumstances.

There are many things that may be material to you but it may or may not rise to the level of a material change in circumstances according to the law. If you think you have experienced a material change of circumstances that has impacted your children you should seek the services of an experienced family law attorney. Contact Jim Widrig or any of the attorneys at Widrig Law PLLC to schedule a consultation. Our phone number is 615-417-7800.