COVID-19 Update: TN Courts are open; see how we are serving and protecting our clients and answers to other FAQ.
Voted One of the
Best Attorneys in Nashville
Contact Us
Home
Articles
TN Appellate Court Reverses Lower Court’s Decision in Moorcroft v. Stuart 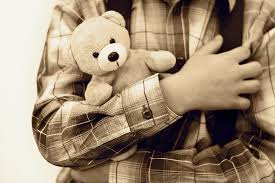 As explored in previous blogs, Tennessee courts almost always gives due deference to the biological parent(s) of a child in custody cases where the best interest analysis has been applied. However, how do Tennessee courts treat adjudicated grandparent visitation, specifically those ordered form outside states?

The facts of Moorcroft v. Stuart are Patrick Moorcroft (Father) and Natalie Moorcroft (Mother) and their Children lived in Bowling Green, Kentucky until they moved to Whitehouse, Tennessee in the fall of 2011. Mother and Grandmother, both attorneys, worked at Grandmother’s law firm for several years. Their personal and business relationship began to deteriorate so Mother left Grandmother’s firm. After leaving the law firm, the relationship between Mother and Grandmother became even more toxic, so much so that Mother eventually forbade Grandmother from contacting the Children.

Mother and Father subsequently filed a petition for legal separation in Tennessee claiming they both been “bona fide residents of Tennessee for more than six months.” Father sought approval of a legal separation agreement and a temporary parenting plan by the Sumner County Circuit Court which was granted. However, the Grandmother moved to intervene in the Tennessee Circuit Court decision seeking to enforce the Kentucky grandparent visitation order.

Grandmother alleged that Mother and Father had entered into a sham separation proceeding in an attempt to undermine visitation rights granted to her by the Circuit Court of Warren County, Kentucky. Grandmother also claimed that the parents had attempted to deceive the Tennessee circuit court by failing to provide it with detailed information regarding the Kentucky proceedings as required by Tennessee Code Annotated 36-4-106 and 36-6- 224. The Tennessee court allowed Grandmother to intervene in the Tennessee case.

The Court of Appeals of Tennessee at Nashville offered the following reasoning in its conclusion to reverse the trial court’s decision:

Article I, Section 8 of the Tennessee Constitution requires that a finding of substantial endangerment be made before a non-parent can overcome the presumption of superior parental rights. Application of the Tennessee UCCJEA registration provision to grandparent visitation presents serious constitutional concerns. Tennessee Code § 36-6-229 does not provide adequate constitutional protection to our citizens—it does not require a court to find a substantial risk of harm to the child prior to registration and enforcement of a foreign grandparent visitation order. It also does not require the foreign court to have made such a finding. The Grandparent Visitation Statute, however, has been revised to explicitly require that a Tennessee court determine whether there is a risk of substantial harm to the child. Only then may the court proceed to consider whether grandparent visitation is in the child’s best interest.

If a court in another state has granted grandparent visitation against your wishes, you should seek the services of an experienced family law attorney. Contact Jim Widrig or any of the attorneys at Widrig Law, PLLC to schedule a consultation. Our phone number is 615-417-7800.