COVID-19 Update: TN Courts are open; see how we are serving and protecting our clients and answers to other FAQ.
Voted One of the
Best Attorneys in Nashville
Contact Us
Home
Articles
Tennessee Court Of Appeals Reverses Grandparent Visitation Trial Court Ruling 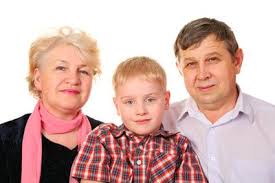 In most families, grandparents are a healthy and important part of a child’s development. However, the question becomes do grandparents have any rights of visitation under Tennessee law?

Due to the great deference that Tennessee courts give to parental decisions, when the court addresses grandparent visitation rights, it must perform a lengthy and complex three pronged analysis. First, the grandparent seeking the court’s intervention must show that one of six situations exists pursuant to Tennessee Code Annotated 36-6-306(a):

Second, pursuant to Tennessee Code Annotated 36-6-306(b)(1) the court must determine whether there is a danger of substantial harm to the child if the child does not have visitation with the grandparent. The danger must be what Tennessee law refers to as “substantial harm” as laid out in Ray v. Ray 83 S.W.3d 726 (Tenn. Ct. App. 2001) where substantial harm “connotes a real hazard or danger that is not minor, trivial, or insignificant.”

In conjunction with this analysis, the court must also determine if the relationship between the child and grandparent is significant based on factors set out in Tennessee Code Annotated 36-6-306(b)(2):

Third, if the court finds that there is danger of substantial harm if the child does not have visitation with the grandparent, it must decide whether the visitation would be in the child’s best interest based on seven factors under Tennessee Code Annotated 36-6-307.

The Mother and Father appealed the trial court’s ruling arguing that the trial court erred in awarding Grandparents visitation under Tennessee Code Annotated 36-6-306.

After reviewing the trial court record, the Tennessee Court of Appeals at Nashville concluded:

In the present case, the trial court failed to adhere to the required statutory analysis. There was no finding that there was a danger of substantial harm to [Child]. Rather, the trial court based its decision largely upon the need to maintain the relationship between [Child] and her half-sister, [which is] a consideration not authorized under Tenn. Code Ann. § 36-6-306. Moreover, the record in this case does not contain evidence that [Child] was in danger of substantial harm due to the cessation of the relationship with Grandparents. Mother and Father presented evidence that [Child] is a well-adjusted child who was not suffering serious emotional harm and that Mother and Father had sound reasons for terminating her relationship with Grandmother. To order grandparent visitation without a finding of substantial harm violates Tenn. Code Ann. § 36-6-306 and the fundamental right of parents to raise their children as they see fit.

As such, the trial court’s award of court ordered grandparent visitation was reversed.

Again the above deals with grandparents “visitation” but under Tennessee law there are other ways for grandparents to obtain “custody” of the grandchildren. To effectively navigate any custody disputes as it relates to your children, or your grandchildren, you should seek the services of an experienced family law attorney. Contact Jim Widrig or any of the attorneys at Widrig Law PLLC to schedule a consultation. Our phone number is 615-417-7800.